When my mum gave birth to me in 1978 it brought to an end a nine year desire to have a baby of her own.

She was bringing up my sister Sharon, who was my father’s child by a previous relationship. Some people felt that should be enough for her. It wasn’t. The doctors told her she only had a million to one chance. She thought that was at least a chance.

Before I was born she made tough train journeys from Bristol to Manchester, once bleeding and afraid on her own. She had a fear of needles, but she endured countless injections after being accepted on the pioneering programme by Patrick Steptoe and Bob Edwards.

She always believed that one day she would hold her baby in her arms. It was tough. Mum suffered from depression. But she persevered and I was born, by a method that had never worked before.

Forty years later we have come a long, long way in fertility treatment but for the men and women involved it is still a personal and often lonely journey.

That is why I am pleased to support World Fertility Day as it is aimed at getting people talking.

People can learn from each other’s experiences; encourage each other, spread hope and with the help of the many experts and specialists also taking part get answers to questions they have.

It is a day for everyone worldwide to rekindle their hope for the future and raise awareness of this issue that affects millions of people worldwide. 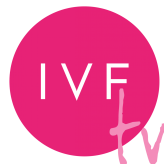